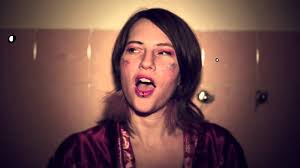 Welcome to the seventh week of assorted nonsense that constitutes the Burnt Offerings series.
A bit of a mixed bag this week but panic not I still found room for a slice of Americana.

Justine Electra out of Melbourne but based in Berlin is not Americana, Indeed no - she is a musician singer.songwriter and a tek-house DJ (what ever that is )
I'm guessing that Defiant and Proud comes from her 2006 debut album Soft Rock as her follow up Green Disco was released in 2013 well after the demise of Burnt Offerings 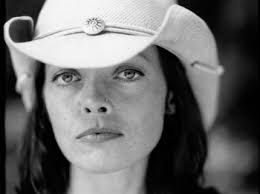 Rachel Harrington provides the Americana meat in the sandwich this week and she has the hat to prove it.
Raised among the Pentecostal pines of Oregon (sadly not my line) I've also seen her music described as Gothic Americana or Insurgent Country
I had this track listed as Blow but it appears that it's full title is Blow - The Ballad of Bill Miner a song taken from her 2007 debut album The Bootleggers Daughter 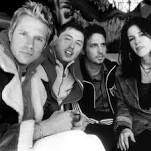 We conclude with The Churchills an indie pop/rock band from the New York/New Jersey area
Their 15 minutes of fame was an appearance on American TV programme Spin City.
The featured song You're Best isn't Good Enough was the theme for an MTV show Juvies
They managed to churn out four albums between 1997 and 2005

Volume 8 may pose more of a challenge as there are fewer not previously featured artists to choose from
Posted by Charity Chic at 08:00