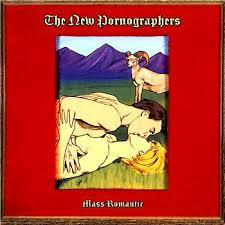 In the comments section from Burnt Offerings 6 Brian suggested that I give the title track from Mass Romantic the 2000 debut album by The New Pornographers (not a band to google at work!) a listen to in the car.
A band featuring among others Neko Case and the afore- mentioned A.C. Newman listed here as Carl.
The following day  I had  the perfect opportunity given that major road works on the M74 resulted in my normal 45 minute commute taking more than an hour and a half.
Brian is quite correct , it is an excellent piece of power pop.
Not an album  I have listened too in a while and  one I found it a bit patchy in places. I had forgotten how brilliant Letter From an Occupant is . A song which has featured on many a compilation from me.
I have resisted the temptation of posting The Fake Headlines and dedicating it to President Chump.

The New Pornographers - Letters From An Occupant