Jesus, This is Iggy 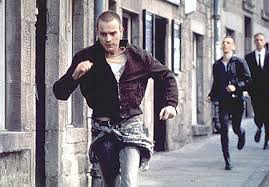 A generation were introduced to Lust for Life by Iggy Pop courtesy of it featuring in the chase scene at the start of the film Trainspotting.
The older among us however were familiar with the song as the title track of the album of the same name from 1977.
Good though it is it pales into insignificance when compared  with The Passenger a song that takes me right back to my teenage years
From the time that Iggy's career was enjoying something of a renaissance due to his association and collaborations with David Bowie.
Turn Blue is one such collaboration. Whilst no Passenger it is worthy of inclusion for the title line of this post alone