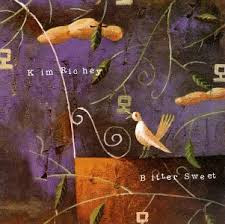 After yesterday's excitement back to the same old same old.

A few months ago I posted a couple of songs from The Collection a compilation of Kim Richey songs.
At the time I surmised that her fourth  album Rise from 2002 was probably the one to get as it has more of an Americana feel than it's predecessors.
However I was not about to pass up the opportunity to pick up her second album Bitter Sweet when I saw it going cheap in the Community Shop in Wigtown.
From 1999 it is certainly a wee bit more mainstream Country than some of her later stuff but that is not always a bad thing.