Record Buying in a Book Town 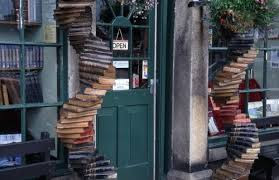 You may not be surprised to learn that in my most recent foray there I came away with two records and two CDs but no books.The CD's may well feature at a later date.
The first of the records I picked up  in the Community Shop was the single Gold Rush by The Men They  Couldn't Hang from 1986 a song from their How Green is the Valley album.
The Ghosts of Cable Street features on the b-side and is a much better song.It was also released as a single in it's own right.
The track on the single jumps and so is not featured today. Rest easy as it has featured before.
The second acquisition will feature tomorrow