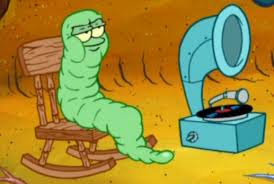 This week's earworm is What's The Frequency, Kenneth? by R.E.M complete with some fine and appropriate punctuation and a song which has been rattling round my head for the last few days.
The first single and indeed first track from their 1994 album Monster reaching number 9 in  the UK singles chart and number 21 in the Billboard Hot 100.
Like most folk I have a few R.E.M. albums but would not really count myself as a massive fan.
Monster was probably the last one I bought at the time.Automatic For The People was always going to be a hard act to follow but it is a valiant attempt.
As part of my research I gave it a listen for the first time in ages and rather enjoyed the experience.