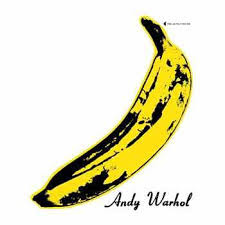 All good things come to an end.
Before we are reduced to barrel scraping we will draw Sunday Songs on Monday to a dignified conclusion.

For the final two songs we turn to Blur and The Velvet Underground and Nico.
Sunday Sunday is taken from Modern Life is Rubbish ( the one with the train on the cover) Blur's second album from 1993.
From 1967 The Velvet Underground and Nico is one of those seminal albums which didn't initially set the heather on fire but which went on to be regarded as an all time classic.
It originally sold only 30,000 copies but to quote Brian Eno everyone who bought one of those 30,000 copies started a band.

And finally we feature a live version of a song that fairly recently featured on CCM the utterly wonderful but completely bonkers Drinkin' in my Sunday Dress by Maria McKee.