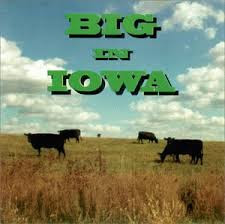 This blog sometimes has a mind of it's own.
Without consciously trying the last three Friday's have seen songs with a Country twang about them.
So we might as well go for four in a row.

Big in Iowa - Neil's on the Radio