I'm Younger Than That Now 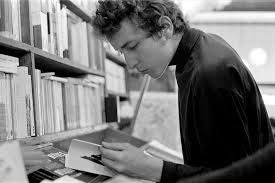 It's been a wee while since His Bobness has appeared on CCM. Time to right that wrong.
Two songs from 1964's Another Side of Bob Dylan from the start of his pre motorcycle crash purple patch.
Eleven minutes of sheer  unadulterated genius.

I've really got nothing more to write that hasn't been written before. So we'll let the music do the talking.