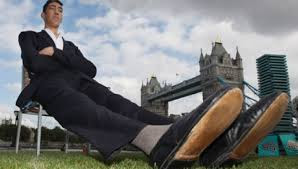 I am probably familiar with about half of the artists featured on Homeward Bound -21st Century Troubadours  an Uncut compilation from April 2011.
None of those who I was not familiar with particularly stood out so I have gone for three who have crossed my radar however briefly.
As an added bonus none have previously featured on CCM before.
One who should have featured before now is Justin Townes Earle, son of Steve, nephew of Stacey and named after the great Townes Van Zandt. Here he plays the title song from his 2010 Bloodshot album Harlem River Blues.
From Dalarna, Sweden Kristian Mattson records under the moniker The Tallest Man on Earth although I suspect that Brian Lane the bassist from Slobberbone is actually taller.
Finally we have Nathaniel Rateliff with Once in a Great While a song from 2010. Nothing startling or earth shattering about it but radically different to the fantastic soulful R&B he is currently churning out with The Night Sweats.

The Tallest Man on Earth - Troubles Will Be Gone

Nathaniel Rateliff - Once in a Great While
Posted by Charity Chic at 08:00