Some Petty and Ill Informed Music 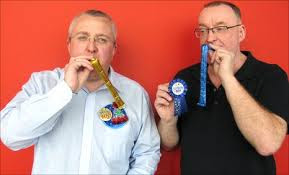 Anyone familiar with BBC  Radio Scotland's Off the Ball football programme featuring Tam Cowan and Stuart Cosgrove  (of Detroit 67 fame) will recognise  the post title.
But relax it is not Tam Cowan you are getting today but Tam Petty hence the pish poor pun in the title -apologies.
A couple of gems today from the late 1970s and the back catalogue of the great Tom Petty and the Heartbreakers.
We start with American Girl from their 1976 eponymous album.
This is followed by Refugee from 1979's Damn the Torpedoes a song that is perhaps even more resonant now than it was back then.
Dig out those old albums and give then a listen - you will not regret it.

Tom Petty and the Heartbreakers - Refugee