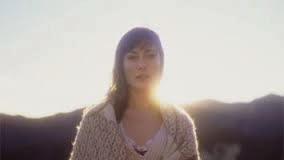 You will be relieved to know that this is the last in this short series of albums acquired by Mrs CC for 50p a piece which survived the initial cull.
This time round we have Catherine Feeny with her 2006 album Hurricane Glass.
She is based in Portland, Oregon and this is her 2nd of 4 albums and is on Tallgrass Records.
She participated and was arrested during the Occupy Wall Street movement which makes her alright in my book.
There were actually 5 CDs in this series as the previously featured Rembrandts were also involved.
None of them are classics but most are pleasant enough and will be retained on the CCM shelves.
The jury is still out on The Spinto Band though!

It is a promo copy of the CD so the track listings that pop up may be slightly different to those named which are the correct ones. Confused? You will be!