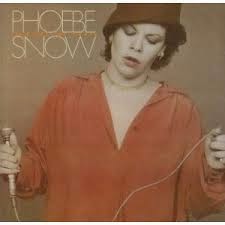 Right, time for the first  Sunday Soul selection of 2015.
I had vaguely heard the name Phoebe Snow so when I  saw 1978's Against The Grain in a charity shop for a few quid it seemed foolish not to.
I must admit that when I first listened to it I was a tad disappointed. It has grown on me a little after a few listens but I still remain to be totally convinced.Would be interested to hear the views of others.

Here's Phoebe with her version of  the Dan Penn and Chips Moman classic Do Right Woman, Do Right Man and one of her own song's You Have Not Won.
Apologies for the quality of the picture. It is a copy of the album cover which seems to be in soft focus - at least that's my excuse anyway!

Phoebe Snow -You Have Not Won
Posted by Charity Chic at 08:00