There's Been a Murder 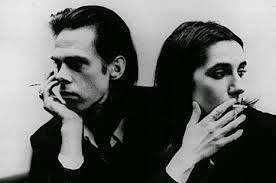 Not content with dueting with and allegedly dating Kylie  Nick Cave also had a professional and personal relationship with the fantastic PJ Harvey.
They sang together on the traditional song Henry Lee on Cave's 1996 epic Murder Ballads.

On the CD single he also has a stab at another traditional murder ballad Knoxville Girl.
It is not bad but his, and indeed all other versions, pale into insignificance when compared to the mighty Louvin Brothers.

The Louvin Brothers - Knoxville Girl
Posted by Charity Chic at 08:00