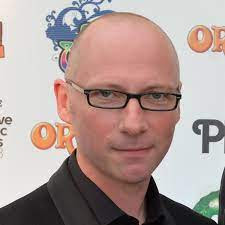 An ex-work colleague of mine died a few days ago. He was two years younger than me. And he was a really really lovely man. I’ve no idea how I first  got chatting to him, with him being a music teacher, and someone who never went to the staff room. But I would wander over to his room from time to time, and of course talk about how badly run (the sixth-form) college was, but mainly about music. He put me on to The Cardiacs. He also told me, in his quiet unassuming way, that he had auditioned to be the lead singer of Genesis. ( a lucky escape -CC) But I never held that against him. When I knew him, he was also a member of the prog band Big Big Train, who had just released an album. He left that teaching job a bit after I did and devoted his energies to the band.

I was talking to my friend Miguel about him this morning. “What instrument did he play?”. “He could play anything, Miguel, flute, guitar, anything, he could just look at an instrument, pick it up and play it. He had a great voice too, Miguel”.  Wiki has a list of the instruments he was proficient in.

Dave seems to have been held in high esteem by a lot of other musicians, he collaborated with

a lot of people.

The Guardian published this about him just after he died.

He was not really a friend, we never kept in touch, never even went for a drink together, for me he

have had that we just spent a few minutes of the day with occasionally. He was, simply,  a decent,

The Cardiacs - Is This the Life