State of the Union - Idaho 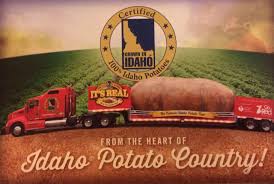 
This week, a song will feature that you all know. This one:

This state is famous for potatoes. Thirty percent of all potatoes grown in the USA are grown in Idaho I thought that Iowa was famous for that reason. I was wrong. Again. It is also the place for gems, 72 different ones are found in Idaho. 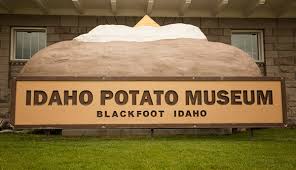 Potatoes: unsurprisingly there is an Idaho Potato Museum. It has a cafe, and all  the many potato-based delights would surely be a huge favourite in Scotland. Cakes made from potatoes! Tatties AND sugar, what, people of Scotland, is there not to like? It’s a cupcake, made from mashed potatoes, supplied by Paisley Bakeries, Blackfoot. You can have vanilla or chocolate potato cupcakes. That place called Blackfoot in Idaho: it  is unlikely that it was the inspiration for hairy and dungaree-wearing Brummies Blackfoot Sue, in case you were wondering. 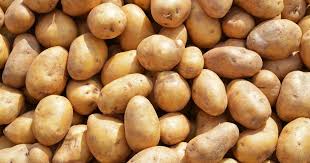 A lot of potatoes, maybe, but per head less than the countries of the EU. Which I find surprising.


The deepest canyon in the entire USA is in Idaho, at 7 993 feet deep. Thus Hell’s Canyon is way more deep than the piffling 6 000 feet deep Grand Canyon.

Time for a track, form an album I bought on Bandcamp. Bought for totally spurious reasons, such as (a) daft song titles, (b) there are 104 tracks (yes, 104),(c) I think no musical instruments were used for any of the tracks, and (d) it looks like this album is the result of a mid-life crisis, released when Joe was 50 years old. (some people just pack in working at 50 and move to a country where they can’t speak the language). It is an  idiotic and yet endearing collection, so far, (listening to Larry, You’re Freaking Me Out), and almost certainly destined to be ejected by my partner from the car CD player on our next long journey. WAIT! Track 35 features, I think, some sort of instrumentation. Not this one though:

Not many famous people from Idaho. Sarah Palin (boo!) and Lana Turner (of the original The Postman Always Rings Twice).

Twin Falls is a city in Idaho, named because the Snake River had at one time two adjacent waterfalls. After dam construction there are no longer twin falls. A group called Ben Folds Five do a song called Twin Falls. Well, it’s a cover version, the original is by Built To Spill, and it is whiningly, cloyingly annoying. You are all welcome to discover the charms of this song courtesy of the video-sharing website.Similarly the Ron Pope song of the same name.

So that’s Idaho, where in the city of Pocatello a person may not be seen in public without a smile on their face. Did I mention you get lots of potatoes in Idaho?
Another next week.