State of the Union - Nevada 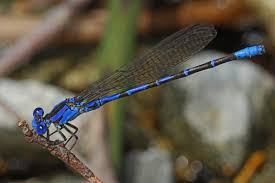 
Las Vegas is in Nevada. It is ca. 270 miles from the major Californian city of Los Angeles. Reno is also in Nevada, and is ca. 220 miles from San Francisco, and only 130 miles from Sacramento (state capital of California). Is it only  a coincidence that these two major gambling cities are as close as they can be to major populations in the neighbouring state of California?

There will be none of the following, either too obvious, simply not good, or both:


Cocteau Twins, Elvis Presley, INXS, Tony Christie, but you can have the german-language version of that one:

Roberto Blanco is a schlager singer, which I think is the german version of the cheesy pop music in Portugal called pimba.

And the first good song will be about Reno, by “new country” band Southern Pacific, I hear shades of Little Feat in this:

More on Reno: there’s a song by Mimi and Richard Fariña called Reno Nevada. Mimi has a quite well known sister, Joan. Joan Baez. Their mother was Scottish.

More on Reno: there’s a Bruce Springsteen song called Reno, which is listenable.


Las Vegas. Charisma Carpenter is from Las Vegas. I recognised the name, she was Cordelia in Buffy The Vampire Slayer (of which I have watched every single episode, and did so whilst in a long-term relationship, let me tell you that!). 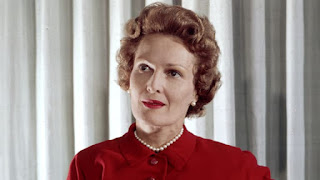 I almost listened to a whole Billy Joel song for today’s piece, I lasted for 53 seconds of Stop In Nevada. Then I stopped. And here’s a 1981 song by Nico, with that instantly recognisable droning vocal you either love or hate. It has a Gang Of Four post-punk feel to it, minus angry male shouty vocal:
Nico - Vegas
The official state artefact is the Tule Duck Decoy. This is not as crap as it might sound. In 1924 archeologists discovered a pile of artefacts that thankfully had not destroyed by miners during the latters’ work, amongst which were 2 000 year-old duck decoys made of reed. 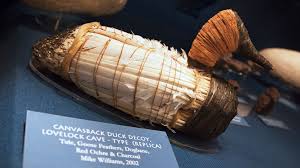 The miners were not mining gold or silver but bat shit, 250 tons of it.
That’s Nevada, where it is against state law to make public intoxication on offense.

And strangely enough, given its association with gambling, Nevada has no state lottery.
Another one next week