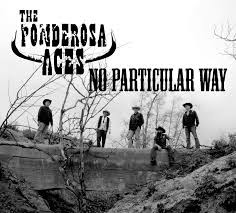 I had the pleasure of bumping in to JC at Broken Chanter's album launch on Friday (more of which later).
As he mentioned recently on his blog he and his good lady are heading to Barcelona this weekend where they are hooking up with Jonny the Friendly Lawyer and his good lady.


I asked him to give JTFL my regards and to advise as to when The Ponderose Aces were likely to appear again on this side of the pond.Sadly JC advised me that they are no more. He then very kindly gave my his copy of their album No Particular Way which is a splendid example of Outlaw honky tonk music.
The story of how Jonny became an Ace is the stuff of blogging legend and can be found here


Hope that the international hook up on neutral territory goes well folks as I'm sure it will. I look forward to hearing the stories.

The Ponderosa Aces -If You Think I've Got a Drinking Problem