State of the Union - New Jersey 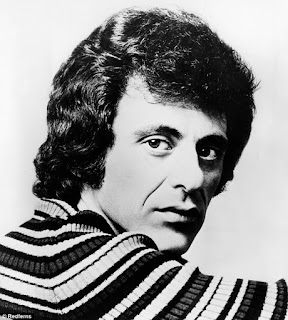 (Above: the best musician from this week’s state)

Week 35. New Jersey. Long Branch is famous as being the place of death of president James Garfield. And Long Branch is the birth place of wife-stabber Norman Mailer. He also wrote some books.  New Jersey is also very famously the birthplace of three of The Four Seasons (Bob Gaudio is the exception). Interestingly, the main wikipedia page for New Jersey fails to mention that Franki Valli was born in Newark. It does though, list the less famous and noteworthy  Bruce Springsteen as a native of the state. Believe it or not I did listen to the relevant Springsteen songs for this piece, from his second album and The River. All the way through. Almost. I even listened to cover versions, and they were worse than the originals, and let me tell you, there’s a lot of them on Bandcamp.

The state is indeed named after the largest of the Channel Islands, Jersey. The state is 189 times bigger, in terms of area, than the island, and its population is 83 times that of the island.

Now, I could have cheated and just picked two songs from the eighty-eight that Matt Farley has written about towns and cities of New Jersey, but having sampled three I suspect that all 88 are uniformly rubbish. Even worse than Union City Blue. 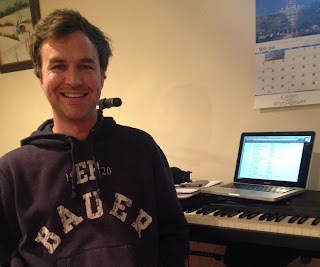 (Matt Farley, he of the 88 rubbishy songs)

I did discover a track from Jigsaw Records in Seattle, Washington (608 NW 65th Street, Ballard, Seattle, to be precise) but did not splash out the $1 for it. Instead I coughed up zero cents for this indie tune: 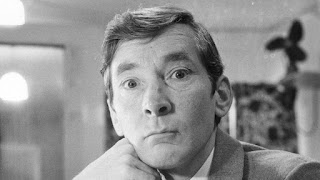 Frank Bascombe lives in New Jersey. OK, he’s a fictional character, the mainstay of some of Richard Ford’s novels, but it’s a New Jersey connection. The author himself was not born in the state, and he seems to live in one of the New England states so not in New Jersey.

Even more famous than Frank Bascombe, and real-life human beings, John Travolta, Paul Simon, and Meryl Streep were all born in the state, but at different times and different places. And the B-52s bloke who looks like Kenneth WIlliams was born in Newark 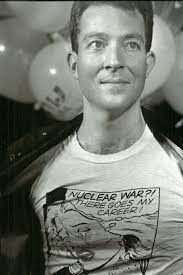 
I discovered that the New York american football teams the Giants and Jets play in……...yes, New Jersey.. That’s a bit like Manchester United who also don’t play in the city of their name.Or West Ham United, who play in Stratford, Brighton and Hove Albion who play in neither, but in Falmer,
Second track, a rather gothic country tune, by Kevin Welch.

And that’s New Jersey. I should admit to you all (well, all twenty three of you who read this page on a Wednesday) that I really struggled for music. I spent three hours listening to music on Bandcamp that was really quite depressing. I even emailed Charity Chic himself for suggestions (I rejected them, there’s gratitude for you). 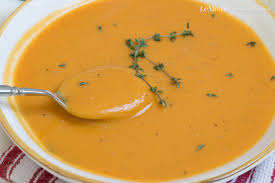 Charity Chic writes:
23 people reading this is a bit ambitious George
One of my suggestions which you inexplicably chose to ignore