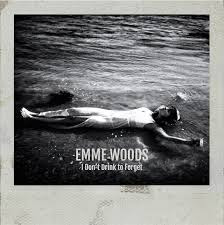 I got the wee red card through the letter box the other day advising that I had a parcel to collect at the Post Office sorting office.
It was a record (yeah!) but not the one I was expecting.
It is a 10 inch 5 track EP by Emme Woods called It's Ma Party.
I had pledged for it a couple of years ago and wasn't really expecting it to see the light of day once Pledge Music went bust.
Fair play to Morgan (Emme) Woods for finding the wherewithall to eventually get it released.

Emme was the first Last Night From Glasgow artist I ever saw live which led me to tracking down her 2016 single I Don't Drink to Forget (LNFG2)
I thought I'd featured it here before but apparently not.

On first listen It's Ma Party sounds promising. It is however not quite as gothic and menacing as I Don't  Drink to Forget.