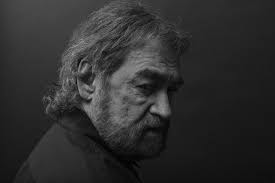 
Coincidently in between listening to the Brexit debacle I have had Testifying by The Country Soul Review on the car radio this week, an album on which he features.
I was not aware that he played keyboards with Kris Kristofferson even although he did so for over 40 years.
I did know, however, that he co-wrote Breakfast in Bed  with the late great Eddie Hinton which was brilliantly sung by both Dusty Springfield and Shelby Lynne and terribly by UB40 & Chrissie Hynde
Here's another he co-wrote with Eddie from Hinton's  Hard Luck Guy album.
A life well lived.
Rest easy Donnie

Eddie Hinton - What Would I Do Without You