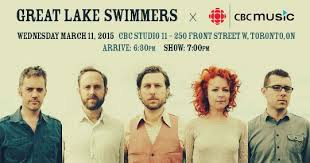 Two or three series which started on or around the same time are now  rapidly reaching their conclusions.

One of which is the Little and Large series. You know the drill by now. A band with Little and a band with Large or something similar in their name.


I think that I could probably just about have done this series by concentrating on Blues singers alone.
There is Little Walter, Little Richard, Big Bill Broonzy, Big Joe Turner and Big Maceo and many more including today's little artist Little Milton.
One of those acts who had one foot in the Blues camp and the other in the Soul camp.


In the large corner we have Canadian folk artists Great Lake Swimmers with a track from their 2007 album Ongiara.


I think that's me just about done for now

Great Lake Swimmers -Where in the World Are You
Posted by Charity Chic at 08:00