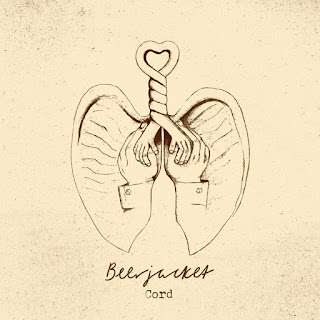 After a hiatus of five years singer/songwriter Peter Kelly better known as Beerjacket has returned with a new single Cord on the ever wonderful Scottish Fiction record label.
It is a precursor to his most ambitious project to date Silver Cords which will be an album and a book with 12 short stories accompanying the 12 songs.
As Kelly writes at one point in the writing of Silver Cords I decided that the record would live in a book and that each song would be accompanied by a short story inspired by it's lyrics.

The accompanying story for Cord is Shoots of Life which focuses on that one connection in life that holds everything together.

It sounds like a fascinating project and the album/book is available to pre-order over at Bandcamp
There is a limited edition of 300 copies. Make that 299 as mine is already ordered.