Handcuffed To a Fence in Mississippi 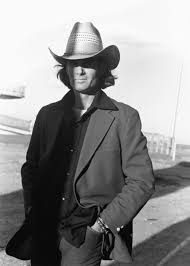 A man who released an album called Drill a Hole in the Substrate and Tell Me What You See is surely worthy of a place in the Most Country of Country Song Titles accidental series.

Today's offering , however, comes from the album before that No Such Place from 2001 and on the Luaka Bop label.
I've chosen the first track Handcuffed to a Fence in Mississippi but the other track below would be equally worthy of consideration. As would God Was Drunk When He Made Me which just failed to make the shortlist.

Things is always better than they seem

Jim White - Handcuffed to a Fence in Mississippi