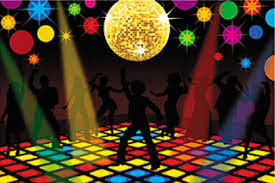 It's Ladies Night this week on Disco Friday.

From October 1979 (prime disco time) it was the first song by Kool and the Gang to chart peaking at number 9 in it's 12 week stint.
Kool is joined by Stephanie Mills from October the following year. Again Never Knew Love Like This Before was her first chart entry and the only one to reach the top 10 reaching number 4.
The first of her three husbands was Jeffrey Daniel from Shalamar and she also apparently had a brief relationship with some lad called Michael Jackson

Apologies for the delay in attaching the songs- old age doesn't come itself
However, I am safe in the knowledge that these songs have been floating round your heads since this morning.

Kool and the Gang - Ladies Night

Stephanie Mills - Never Knew Love Like This Before
Posted by Charity Chic at 08:00