Ronnie and Neil - a History Lesson 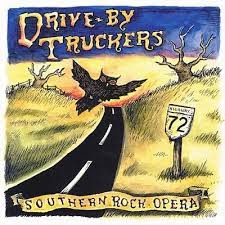 The Drive-By Truckers ambitious 2006 double album Southern Rock Opera  covers a number of topics pertinent to the South through the context of legendary Southern band Lynyrd Skynyrd.
One such topic is the reaction in the South to Neil Young's Southern Man.
One can almost visualise Erik Bartlam sitting on his front porch, bourbon in hand surveying a pile of burning Neil Young albums.
So here are the DBTs (and in particular Patterson Hood) explaining the story, the offending song, Lynyrd Skynyrd's reposte and some further historical context.
Erik, I suspect, will be delighted that my copy of Sweet Home Alabama is from a picture disc featuring the Confederate flag.