A Pair of Loebs for Your Ears to Enjoy 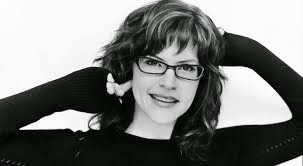 Somewhere along the way I picked up what I suspect is a promotional single I Control The Sun by Lisa Loeb.
There are no further details apart from the fact that it is on Zoe Records. Subsequent research tells me it is from her 2004 album The Way it Really Is.
Somewhere further along the way, in a charity shop in St Andrews to be exact, I picked up two of her earlier albums Tails from 1995 credited to Lisa Loeb and Nine Stories and the follow up from 1997 Firecracker from which the second song I Do is taken.
Pleasant enough, if hardly earth shattering pop music.
Famous for her glasses and obviously someone who can spot an opportunity she set up the Lisa Loeb Eyewear Collection in 2010 based on her own designs.

Lisa Loeb - I Control The Sun