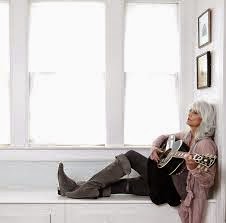 Today a bit of history is made on Charity Chic Music with my first guest post.
When I first mooted this series Walter of the ever fabulous  A Few Good Times in My Life blog offered to supply a guest post and he has come up with the goods.


In the late 60s / early 70s Keith Richards had a huge connectivity to Country music. For long times he hang around with an unknown guy from Florida not knowing that he once get a legend in Country Rock - Gram Parsons. I've to admit that I was always close with the country-/blues-infected songs by The Rolling Stones. Years later, when I began to read about rock music I got aware that Gram Parsons recorded 'Wild Horses' before RS did it. Keith Richards gave this song to his friend because the rest of the Stones weren't close to it to record in the times Mr. Richards wrote this song. Anyway I got me the first two records of Gram Parsons and they accompanied me for ages. Listening to the songs on these records was the first time I heard Emmylou Harris sing. Never before I heard a voice like her - crystal clear, warm, tender and feeling this should last forever. It was in the early 70s when I bought some records from Emmylou (Pieces Of The Sky, Elite Hotel) that shows her unique talent in writing and interpreting songs. It was not usual in these times to admit (female) country singers in a time where the big old R'n'R bands ruled the world. I'm glad that this little series started and I would like to give you some duets that are characteristic to her. First one is her and Don Williams interpretation of Townes Van Zandt's ' If I needed you' - the other one is from her collaboration  with Elvis Costello doing Johnny Cash's 'I Still Miss Someone'.

And here are the said songs. Many thanks my friend

Don Williams with Emmylou Harris - If I Needed You

Elvis Costello with Emmylou Harris - I Still Miss Someone
Posted by Charity Chic at 08:00