At The Age of Thirty Seven 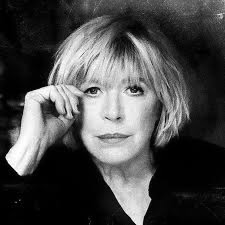 Saturday's post of Nancy Sinatra singing As Tears Go By and had me thinking of Marianne Faithfull and reaching for her definitive 1979 album Broken English on the Virgin label..
Previously somewhat notorious for her relationship with Mick Jagger and for being caught in a famous drugs raid on Keith Richards home.
For a number of years drugs took their toll but thankfully she came out the other end.
The years of alcohol and drug abuse had an effect on her singing voice albeit a positive effect in that her voice now sounds richer and more sultry.
Broken English was critically acclaimed but didn't really trouble the charts to any great extent.
The album contains her classic song The Ballad of Lucy Jordan.
She also does a version of John Lennon's Working Class Hero somewhat ironic given that she comes from aristocratic stock namely the Habsburg Dynasty.
Probably more famous for her lifestyle and associations she deserves some recognition for coming up with some pretty good songs over the years