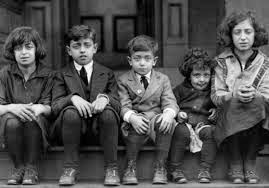 Something cheery for a Friday!
The Robster's recent excellent Memphis Minnie post had me reaching for Ramblin' the 1978 debut album by Lucinda Williams on Smithsonian Folkways. It is an album where she covers a number of Blues and Country standards including Minnie's Me and My Chauffeur which I have previously posted.
Another couple of tunes also caught my eye and indeed ear.
You know that way when you hear a song and know you have it elsewhere but can't remember where.
One such number is the cheery Motherless Children a traditional Blues number recorded by the likes of Blind Willie Johnson and the Reverend Gary Davis and latterly by Steve Miller, Eric Clapton and Bob Dylan.
A quick search of the Blues section proved fruitless.
And then I found it in the Country Section on The List by Rosanne Cash.
To me a song which sounds much more plaintive when sung by a women.

I suspect that both Lucinda and Rosanne must have dueted with Emmylou at some stage but if they have I don't have anything so they will not feature in that particular series.
There will however by a further post in a similar vein featuring the Lucinda album.