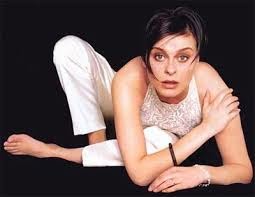 It's two birds with the one stone time with one of my recent holiday purchases featuring on the Sunday Soul slot.
So Natural from 1993 was the third studio album by Rochdale's finest  Lisa Stansfield.
She wasn't an artist that I got into at the time but I have recently picked up a couple of her albums on my charity shop trawls.
The album reached number 6 in the UK charts but wasn't released in the States.
It has more ballads on it than her previous dance-pop orientated records.
The title track So Natural is the first track on the album and in my opinion is head and shoulders above the rest.
Never Set Me Free is probably the pick of the rest of the songs.
After a few years in the wilderness Lisa has just released Seven her 7th album (surprisingly) and her first release for a decade.