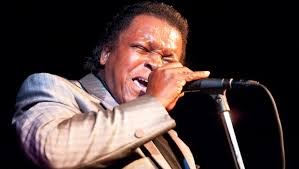 Elmer "Lee" Fields could well have graced Southern Soul Sunday.
Born in North Carolina in 1951 he recorded his first single in 1969 and is still active today.
He was nicknamed Little JB for his physical and vocal resemblance to James Brown

He released a number of albums with his band The Expressions on the Truth and Soul record label.
However it is from Daptone Gold a sampler from the mighty Daptone label from Brooklyn that today's two tracks are taken.

Could Have Been, previously only available as a single, also has shades of Otis and Sam Cooke in there as well as his own original style.A three and a half minute classic deep Southern Soul ballad.
As a bonus you are also getting Stranded in Your Love a half-heartfelt,half-tongue-in-cheek duet in the vintage Stax tradition with the legend that is  Sharon Jones.
You lucky, lucky people

Lee Fields -Could Have Been