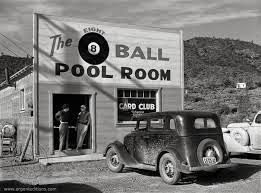 Was there ever a more laddish band than Rod Stewart and the Faces?
Pool Hall Richard which reached no 8 in an 11 week run in the UK singles charts in 1973 features on this week lucky dip album Uncut's Unconditionally Guaranteed  October 1999 as part of a Greatest Hits compilation Good Boys ... When They're Asleep The Best of the Faces released in that year.
All Music critic Stephen Thomas Erlewine described the song as "unremarkable". He's wrong there

How do you follow The Faces?
With a beautiful song by Shelby Lynne  from her I am Shelby Lynne album and Nick Lowe performing an audition for Swiss Adam's eternal Friday Night Rockabilly series. That's how.