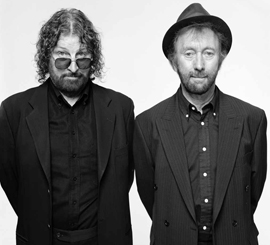 I'm sorry to disappoint you good folk but this is not a post about Chas 'n' Dave.
No, CCM could not begin to pay homage to their contribution to British popular culture.

First up is Jenny Lewis with the Watson Twins and the cover song from their fantastic 2005 album.
They are followed by Caitlin Rose from the previously featured Own Side Up album from 2010.
Last, but by no means least, is a track from Rabbit Songs an album by Hem one of two splendid Hem albums I picked up for a fiver in Bernardos whilst on holidays and which will feature in more detail in a later post.
The album and song titles feature rabbits but there appears to be no direct reference to them on this song - bizzare

Caitlin Rose - For the Rabbits