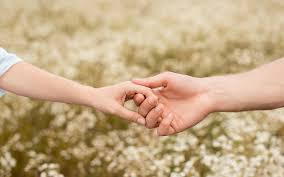 
Week 4 and still no country cover of a Beatles song, despite the inspiration of the series. Some might say this is deliberate, some might say it’s incompetence…………..Well, this week it’s a very very very famous song, it has sold twelve million copies. Man Alive that’s a lot. It had one million advance orders in the UK. I don’t think Mr Green sold that many, but this is simply splendid. It sounds like a Stax rather than a Hi! Recording, nevertheless it is on Hi!, and is on Al Green’s second album, Green Is Blues.

Al Green - I want to hold your hand

Did you know that Dollar covered I Want To Hold Your Hand? You do now, but for the sake of your wellbeing don’t go there. Did you know that two of Charity Chic’s friends like to dress up as Dollar?
(see below - ed)

Oh, ok, here’s Dollar…..and watch the way Mrs Dollar sneaks up on Mr Dollar, she looks like she’s going to stab him………


And here’s your Portuguese version, which  translates as I Want to Love You, because “eu quero amar vocé” scans much better than “I quero agarrar seu mão” for “I want to hold your hand” The Fevers are Brasilian, and there’s a F***b**k page devoted to Brasilian covers of famous songs……


Another one next week.

CC writes:
Possibly the first (and last) time Dollar have graced these pages.
Still it gives me the opportunity to share the story that George alluded to of when a guy I know and his wife , both bottle blondes walked into the bar at Shawfield Greyhound Stadium in Glasgow. The barmaid looked up and uttered the classic line : "Bloody hell, here comes Dollar"
Posted by Charity Chic at 08:00