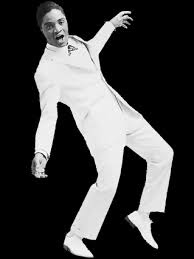 I think that last week's featured album The Very Best of Northern Soul Volume 1 merits a further visit.
For two reasons - one - it is fantastic and two - I am struggling for things to put on this series which has now been running for the best part of three years

First up we have Erma Franklin (big sister of Aretha) with her version of a song made famous by Jackie Wilson namely (I Get The) Sweetest Feeling.
Then we feature the man himself shockingly making his debut on these pages.
Both songs written by Van McCoy and Alicia Evelyn.

Erma Franklin - ( I Get The) Sweetest Feeling

Jackie Wilson - I've Lost You
Posted by Charity Chic at 08:00