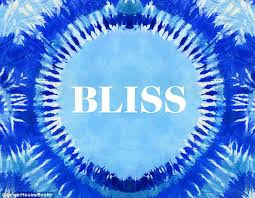 In 1989 1 picked up a sampler album called A Full Head of Steam.
One of the tracks I Walk Alone by a band called Bliss impressed me so much that I sought out their album Love Prayer.
Step forward to 2016 and I stumble on a CD by Bliss  in a charity shop in Forres.
Ya beauty I thought but my joy was unfortunately short lived.
Turns out it was not the same band at all but a collection of songs inspired by the teachings and practice of Raja Yoga meditation which is taught for free throughout the world by the Brahma Kunaris World Spiritual University
Given Forres' close proximity to the wonderful Findhorn Foundation this should not have come as too much of a surprise.
The CD will either be recycled or will find it's way to Mrs CC's Zen Zone