Dylan Covered - All I Really Want to Do 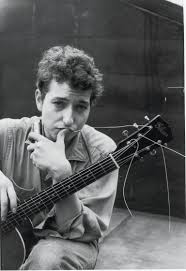 So here it is - the new series I threatened in my recent Byrds post and not nearly as original as the suggestions in the column box
The fact that there are about half a dozen Dylan songs on The Byrds Definitive Collection gave me the idea.
And let's face it given that he is probably the most covered artist in the world (or maybe second after The Beatles) there should by plenty to choose from

The idea is to compare and contrast the cover with the original
The default position is that Bob will invariably  be better but there may be exceptions.
You of course my free to take issue with my pontifications.

It's only proper that we start with The Byrds

Bob Dylan - All I Really Want to Do

The Byrds - All I Really Want to Do
Posted by Charity Chic at 08:00