The Sundays on a Wednesday 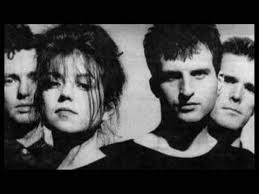 The Sundays are yet another band that I  was blissfully unaware of until I made the virtual acquaintance of some of the fine people featured on the right hand sidebar. In this instance I think Scott, Brian and The Robster were the main protagonists.
I'm told that their 1990 debut Reading, Writing and Arithmetic is the one to have and it is on the ever lengthening list.
However, today we are featuring their third and at the moment final album Static & Silence from 1997 as this is the one I stumbled across in a Stranraer charity shop.

The Sundays - Another Flavour
Posted by Charity Chic at 08:00