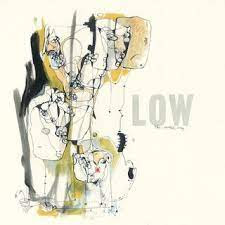 It is a wee while since Low the Minnesota band fronted by husband and wife Alan Sparhawk and Mimi Parker have graced these pages and more often than not when they do it tends to be with their Christmas EP.
In additon to the EP there are four Low albums on the shelves one of which is a burn and is the one which features today. From 2013 on the Sub Pop label The Invisible Way was the band's 10th full length studio album
I never know which genre the band fits most neatly into. Wiki has them down as Indie Rock/Slowcore/Dream Pop. Sometime I think that they would be more comfortable on the Americana shelves particulalry in this case given trhat the album was produced by Jeff Tweedy in Wilco's studio in Chicago.
The two tracks below have featured here before from magazine compilations.Plastic Cup was on an Uncut compilation from April 2013 called The New Music with Just Make it Stop appearing on Mojo: Presents 2013 The Best of the Year