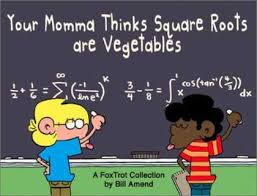 The second of my recent Oxfam purchases is Square Roots - an unlikely selection from the pages of Folk Roots magazine - a compilation from 1987.
The sleevenotes are by Andy Kershaw and the album is not dissimilar to one of his sadly missed radio shows with some hardcore folk and a smattering of world music.
I'll maybe pluck up the courage to post some of that at a later date.
In the meantime I have gone for the two most accessable tracks on the album featuring a couple of CCM favourites.
The Bard of Barking gives us Hold The Fort a 19th Century Agricultural Union song which he sings with Robert Handley.
Then the late Ted Hawkins gives us his rendition of Dock of the Bay from the legendary Venice Beach Tapes.

Folk Roots was the baby of musician Ian Anderson. Not to be confused with the cod piece wearing, one legged flutist and fish farmer who fronted Jethro Tull nor Iain Anderson the broadcaster who presents the excellent Mr Anderson's Fine Tunes on Radio Scotland.

Ted Hawkins - Dock of the Bay