Hold Up Phyllis. Watch the Birdie 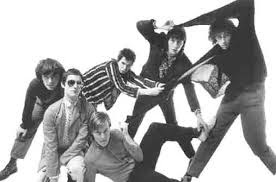 Fancy some Boomtown Rats which predates Live Aid and  which doesn't feature I  Don't Like Monday's?
Ok then, here goes.
A couple of tracks from a less than pristine condition The Fine Art of Surfacing their third album from 1979 which got to number 7 in the album charts probably on the back of the popularity of the above song.

Selected primarily because of it's close proximity to Bowie in the vinyl shelves.Could have been worse it could have been The Blow Monkeys

The Boomtown Rats - Having My Picture Taken

The Boomtown Rats - Nothing Happened Today
Posted by Charity Chic at 08:00