The Sound of The Suburbs 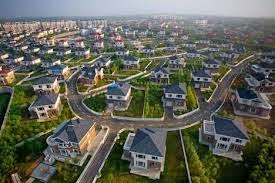 Brian recently correctly stated that That Summer was the best film soundtrack out there.I would go further and say that it is also the best New Wave Compilation. Regrettably I no longer have my copy.
However The Sounds of The Suburbs probably comes a very close second
How could it not be when tracks 3 to 5 are Ever Fallen in Love With, Another Girl Another Planet and Teenage Kicks?
The rest are top drawer too.
Here is the title track by The Members followed by the magnificence that were the Buzzcocks.
I still, on occasions, wake up in a cold sweat having had a nightmare about Roland Gift murdering this song.

The Members - The Sound of the Suburbs

Buzzcocks - Ever Fallen in Love (With Someone You Shouldn't've)
Posted by Charity Chic at 08:00