The Sound of the Suburbs #2 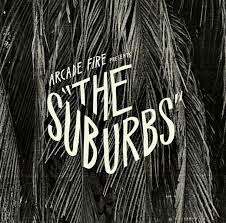 Ha, got you there!
Here were you expecting a follow up to last week's well received Sound of the Suburbs and instead you get that Canadian mob Arcade Fire with  a couple of homages to Suburbia from their 3rd album released in 2010.
A few weeks ago there was a debate over at C's place as to the merits or otherwise of Arcade Fire.
Many of those commenting indicated that they could take or leave them or that they particularly liked the occasional song.
For me, my abiding memory of them is a tremendous televised  Glastonbury performance of Keep The Car Running.
To be honest I don't find myself reaching to the shelves for The Suburbs all that often.