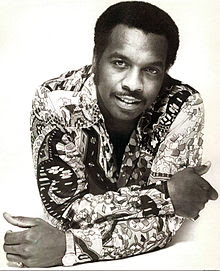 Memphis native and Stax stalwart William Bell is 74 and thankfully is still with us and is now living in Atlanta, Georgia.
He was born William Yarborough but his grandma's name was Belle which led to his stage name.
According to Lee Hildebrand in his sleeve notes to Best of William Bell , Bell is as responsible for Memphis soul as Otis Redding and who am I to argue.

Here is Born Under a Bad Sign which he may or may not have  co-written with the mighty Booker T Jones - Wikipedia said he did , it is only credited to Booker T on the album.
Also featured is perhaps his most famous song Private Number , the duet with Judy Clay, which he does get a writing credit for.
Well worth checking out.