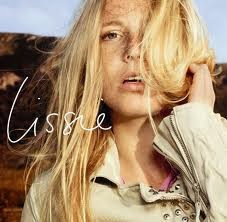 Elisabeth Corrin Maurus, or to give her her stage name  Lissie , began her career with a couple of EPs on the splendid Fat Possum label  which has previously featured on CCM here
However she hit the big time when Columbia released her debut album Catching a Tiger in 2010.
On one of those annoying stickers which are a bugger to peel of the CD jewel case Q describe it/her as" a present day icon for lovers of both blues, folk and country.. designed for sunny days and highways"
To think people actually get payed for writing such twaddle when us bloggers do it for nothing!
It is refreshingly different which probably explains why she hasn't really taken off to the extent that Columbia had obviously hoped.
The second song here is co-written with Ed Harcourt who will pop up at some stage.