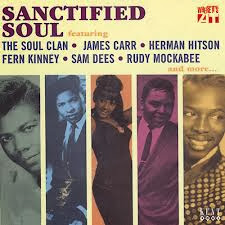 Don - you just been found guilty by Judge Cupid for stealing the love of another man!

Guilty as charged sir.
Don Covay and the Goodtimers  - track 2 from the quite magnificent  Sanctified Soul on the ever brilliant Kent label.
As the sleevenotes say - In the 1960'S rhythm and blues music broke out of the churches and went in to the night clubs, on to the radio and permeated throughout black America's soul
Veering dangerously close to George's Gospel Sunday territory.

Don Covay & the Goodtimers - I Stole Some Love
Posted by Charity Chic at 09:00