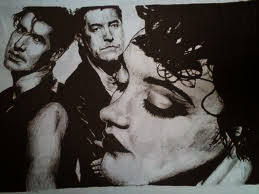 The three members of Deacon Blue in this rather splendid picture have all subsequently been employed by BBC Scotland.
As mentioned on more than one occasion on CCM Ricky Ross hosts the fantastic Another Country show on Radio Scotland.
Lorraine McIntosh played Alice, an alcoholic and mother of Deek in the BBC Scotland soap River City.
Dougie Vipond, the drummer, is a sport presenter and also a host of BBC Scotland's Landward outdoors programme.

Deacon Blue are now on their obligatory reunion tour
The two songs I have chosen to feature have specific lyrics which have caught my ear over the years.
The fantastic Dignity makes reference to a Sunblest bread bag probably the only reference to this in popular music.
Fergus Sings the Blues name checks James and Bobby Purify
Strange but true fact -there have been two Bobby Purifys - the original Bobby Purify (Robert Lee Dickey) was replaced by Ben Moore in the 1970's. Not sure which one features in this song or picture 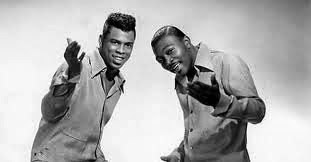