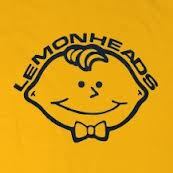 Just back from a very relaxing week in the lovely Perthshire village of Kirkmichael.
However, there were relatively slim pickings from the Charity shops of Pitlochry, Blairgowrie and Crieff.
The pick of the bunch was probably a Rhino Blues sampler but when I opened the box back at the cottage there was no CD in it! -I'll put that down as a £1 donation.
Among the CDs purchased were the Cranberries and Lene Marlin both of whom have featured fairly recently so I won't subject you to them  - just yet.
In the spirit of CCM I shall subject you to the rest of them over the course of the next few days starting with Evan Dando, David Ryan and Juliana Hatfield  a.k.a. The Lemonheads

Lemonheads -It's A Shame About Ray