Faith Hill probably earns in a week what Robbie Fulks has earned in his entire career but I know who I'd rather listen to.
This is from his 1996 debut album Country Love Songs (BS011) and the good news is there will be further albums featured further down the road. 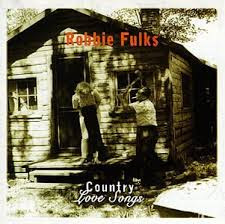 Mr Fulks is originally from Pennsylvania  but is now  a Chicago resident so not far to travel to Bloodshot Towers.
He played at King Tuts Wah Wah Hut in Glasgow  on 21st April 2002 which I know for a fact as I have a rather fine bootleg copy of this concert which starts with the featured song
Eat your heart out Faith Hill!

Robbie Fulks - She Took a Lot of Pills (And Died)
Posted by Charity Chic at 19:13